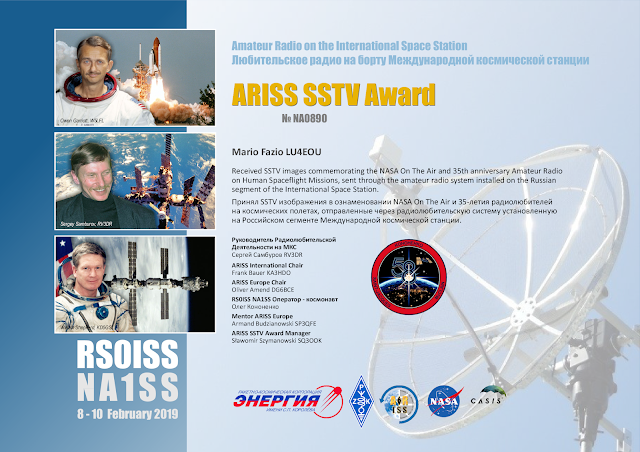 Thank you for your participation in the reception of SSTV images transmitted from the International Space Station on 8 - 10 February 2019 to celebrate the NASA On The Air and the 35th anniversary of the Amateur Radio on Human Spaceflight Missions. I am sending you your award in the attachment.

The pictures on the diploma show three events and people associated with them:

William Shepherd, KD5GSL commanded the first expedition on board the ISS in 2000-2001. Using the callsign NA1SS - Shepherd completed the first-ever ARISS contact on December 21, 2000. During a ten-minute radioamateur connection, he talked to 14 students of grades 1 to 8 plus a science and math teacher Rita Wright at Luther Burbank Elementary School near Chicago.
We have recently celebrated the 18th anniversary of this event